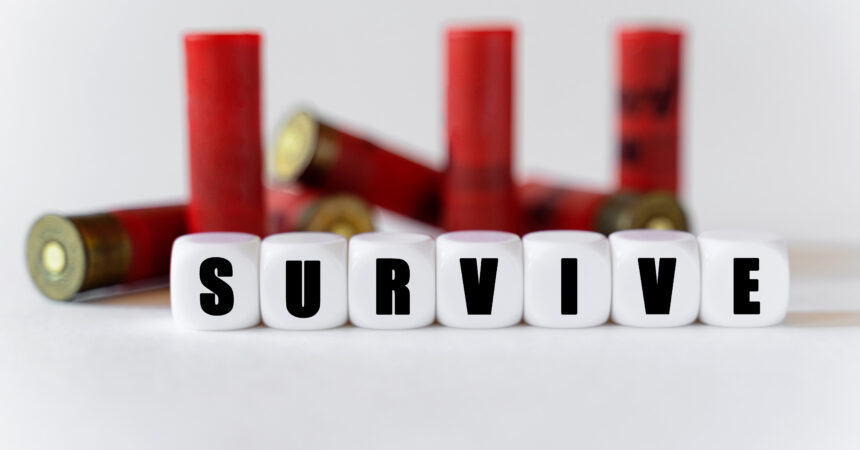 So, you have thought about your food, water, & shelter survival preparation. But have you decided which firearms you will choose to keep your family safe and well-fed?

There are a few reasons why you will need a firearm. 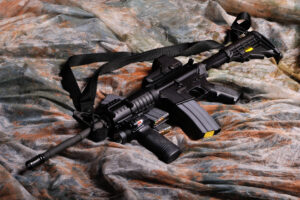 Your two main choices of firearms for protection in case of unrest comes in either 5.56 or 7.62×39 calibers.

The most popular assault weapon in the United States is the AR 15. This firearm offers a wide array of different customizable options. With it being so popular, you most likely will not have a hard time finding ammo for it. The last few years, however, have seen the ammo prices skyrocket. 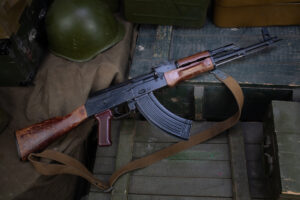 Though some may mock the AK 47 as a commie gun, it has some factors that may help in a SHTF scenario. Even though the AK 47 doesn’t have the range of an AR 15, its redeeming quality is that it can go through hell and not jam up as quickly as the AR 15. The simplicity in the design helps it become a coveted close-range weapon. Some soldiers in Vietnam ditched their M16 weapons for AK 47s because they could handle the elements so well.

It comes down to your personal choice. The internet is flooded with advice on the pros and cons of each option. After deciding on a firearm, you will have to determine how much ammo you need to stock up. Although it is essential, you can quickly get thousands of dollars wrapped up in your firearms and ammo. If you focus only on firearms, you may be skimping on survival knowledge, such as food storage, water purification, etc. 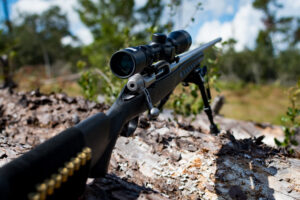 Hunting Firearms – While you can use the AR and AK for hunting, it may be better to look into other options such as a .22 caliber rifle, a shotgun, or another larger caliber for large game animals like bear or moose.

I will give you a look at what I chose to do. I have the AK 47 semi-automatic for my protection firearm. It’s not the best setup, but I chose it because the bullets were cheaper than any other option. Since I am cheap, I decided on a Ruger MkII M77 rifle. It shoots the same 7.62×39 bullet that my AK shoots. With my Ruger, I have a bolt action gun, an excellent scope, a tripod, and a gun sling. For me, it’s a perfect brush gun, capable of hitting a deer 150 yards away. I can shoot groundhogs at 100 yards with my cheap ammo. I don’t have the accuracy that a .270 Winchester MAG would have, but I chose this as an affordable option with lots of ammo to spare.

Again, your hunting rifle choice is up to you and your budget. Many survivalists recommend a .22 LR because ammo is cheap and abundant. There are many choices when buying your .22 LR. With a setup like the Rossi matched pair, you can change out the barrel of your .22 LR for a 20 gauge shotgun based on what you are hunting. Two guns in one? Sign me up… LOL.

From Remington 700s, Marlin lever-actions, to Rugers with silencers, the choice is yours and depends on the set and setting of your survival landscape. A brush gun is a lot different than a long-range gun. If you are worried about attracting too much attention with a loud gunshot, consider getting a .22 with a silencer. It is cool to shoot a .22 with a silencer as well. It is relatively easy to get approved to own a silencer. 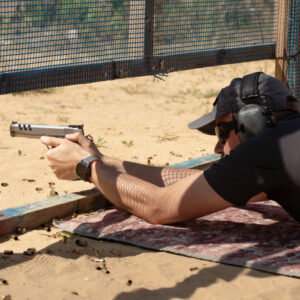 Pistols are nice because you can carry them with you at all times. A few calibers may be more common, effective, and easier to get a hold of in a SHTF scenario.

Though we hope we don’t have to use these in an end of the world scenario, it doesn’t hurt to prepare for the worst. Again, I want to stress that you cannot focus on only firearms and leave the other important aspects of survival slide. You may be able to protect your family from an invading country, but can you grow important vegetables for your children to eat? You may be able to shoot the flea off of a toad at a thousand yards, but can you build a shelter to keep your family safe from the elements? 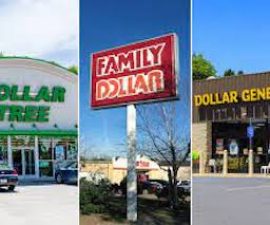 Note: This article may contain commentary or the author's opinion. …
June 14, 2022 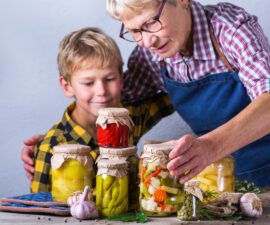 Note: This article may contain commentary or the author's opinion. …
June 16, 2022 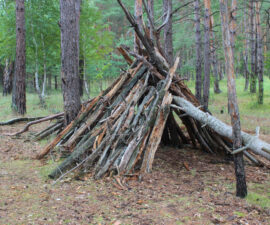 Note: This article may contain commentary or the author's opinion. …
September 8, 2021

Note: This article may contain commentary or the author's opinion. …
September 13, 2021 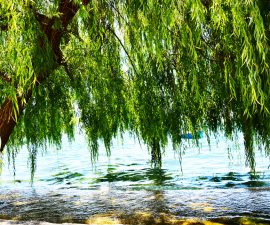 Note: This article may contain commentary or the author's opinion. …
June 27, 2022 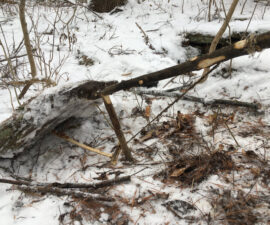 Note: This article may contain commentary or the author's opinion. …
September 29, 2021